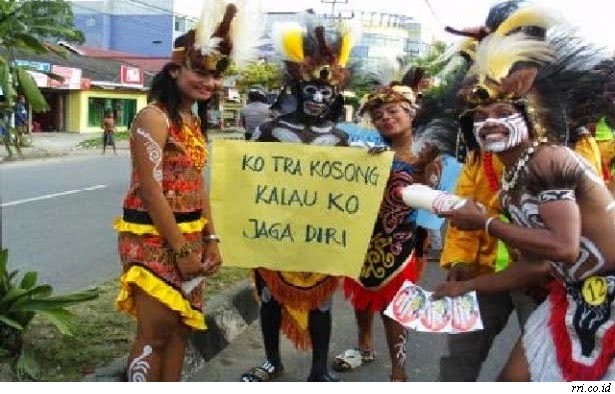 Canberra, AIDS Watch Indonesia (Apri 3, 2014) - An Australian researcher says NGOs led by indigenous Papuans should play a bigger role in the response to HIV/AIDS in the Indonesian province.
Jenny Munro is a cultural anthropologist at the Australian National University, and been involved in recent studies on HIV/AIDS in West Papua.
She says government studies have shown HIV affects about 2.5 percent of the indigenous population, although some scholars believe it could be much worse.
That compares to about 1.8 percent of the migrant Indonesian population.
Ms Munro says one of the factors is that most Papuans tend to live in rural areas.
"There really are very limited HIV information and testing and treatment services outside major cities, another big issue is that sort of the Indonesian perspective and international models often put forward by donors are still setting the agenda so to speak."
Jenny Munro says Papuan NGOs have the community links and cultural expertise to deliver more effective prevention and treatment programmes. (http://www.radionz.co.nz/).
Diposting oleh Admin [AIDS Watch Indonesia] di Kamis, April 03, 2014