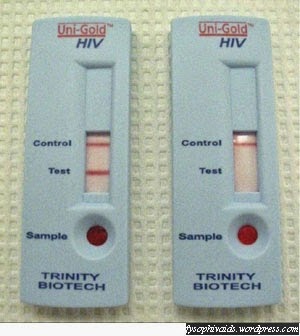 Kenya,  AIDS Watch Indonesia - (April, 2, 2014) - Scholars are seeking to establish why women are being forced to undergo syphilis tests and coerced screening for HIV/AIDS and cervical cancer, all on account of being pregnant.

The claims were first made about six years ago by the Federation of Women Lawyers in Kenya, then picked up last year by international human right bodies and currently by local and foreign scholars.

Evidence presented by three universities last month show a significant number of pregnant women attending antenatal clinics are being forced to test for the three conditions without their consent as the law requires.
Routine testing for HIV and screening for cervical cancer has been introduced in all public hospitals but a client must first be given all the relevant information and allowed to make an informed choice, including the option of saying no.

On the other hand, the testing for syphilis in women during the first trimester is mandatory in public health facilities but in the context of informed choice. Further, the law on syphilis requires a client or her partner or partners to be notified once the disease is diagnosed.

He should be provided with written instructions about the condition, appropriate education and counseling measures.

In line with the Bill of Rights in the Constitution, Health Cabinet Secretary James Macharia in October launched the National Patients’ Rights Charter. According to the Charter, a patient has the right to informed consent for diagnosis and treatment. The patient should also be allowed to make own decision willingly and free from duress.

The client also has the right to be treated with dignity and respect.

Evidence, however, paints a totally different picture, with pregnant women visiting public hospitals being coerced and threatened to make decisions they may not be well informed about.

“Some women indicated they were threatened and others were concerned with the harsh or judgmental attitudes of the medical staff attending to them on syphilis cases,” says a report published last week in the journal BMC Medical Ethics.

The audit was carried out by Dickens Omondi Aduda  of the School of Public Health at Maseno University and Nhlanhla Mkhize of  the  School of Psychology, University of KwaZulu Natal, South Africa. (Gatonye Gathura/www.standardmedia.co.ke).
Diposting oleh Admin [AIDS Watch Indonesia] di Rabu, April 02, 2014