Condom use falls in SA as HIV/AIDS fear declines-survey 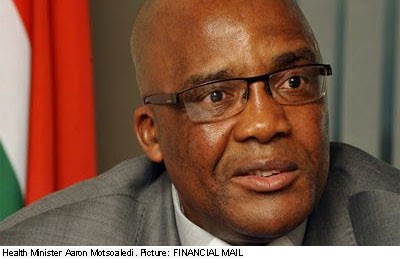 South Africa, AIDS Watch (April 2, 2014) - SOUTH Africans are using fewer condoms, sleeping around more and becoming less knowledgeable about HIV/AIDS, says the latest household survey by the Human Sciences Research Council (HSRC), released on Tuesday.
The findings suggest the government’s HIV/AIDS prevention efforts may have flagged as it turned its attention towards implementing what is now the biggest HIV/AIDS treatment programme in the world. Today an estimated 2.4-million people are on treatment, a figure the government intends to increase by 500,000 a year.
"We calculated that 30% of the world’s ARV (antiretroviral) patients are in SA. Obviously it brings its own problems," said Health Minister Aaron Motsoaledi, suggesting that the "heightened fear" of HIV/AIDS that pervaded South Africa before treatment was widely available had declined.
"We suspected it might happen. This survey confirms this," he said at the launch of the National HIV Prevalence, Incidence and Behaviour survey 2012.
The fourth since 2002, the survey found 12.2% of South Africans were HIV positive in 2012, up from 10.8% in 2008. Based on Statistics SA’s midyear population estimates for 2012, the researchers calculated that 6.4-million South Africans were HIV positive.
The increasing prevalence of HIV was a mixed blessing, as it showed that HIV-positive patients were living longer thanks to the availability of treatment, but that almost half-a-million (469,000) people had become infected in 2012, said HSRC CEO Olive Shisana.
The survey found just over two-thirds (67.5%) of young men aged between 15 and 24 reported using condoms at their last sexual encounter in 2012, down from 85.2% in 2008.
Among men aged between 25 and 49, condom use fell to 36.1%, down from 44.1% over the same period. Women also reported using condoms less.
"In 2012 more people were buying condoms than getting them free (from the government). We are not sure why," said Prof Shisana, describing condom use as "imperative" for preventing sexual transmission of HIV. Overall, 52.9% of the household survey participants said they had never used condoms.
Dr Motsoaledi said officials suspected that young people saw the government-issue "Choice" condoms as staid and boring, so they were to be replaced with a "new type of condom that will bring excitement". The new versions, to be distributed at universities and further education and training colleges next month, would be flavoured and coloured.
The survey included interviews with 38,431 people, of whom 28,997 agreed to an HIV test. It found overall levels of knowledge about HIV/AIDS were "low and falling", said Prof Shisana.
For example, only 22.7% of black men aged between 25 and 49 knew how HIV was transmitted and rejected major myths and misconceptions, down from 31.8% four years earlier.
Equally worrying, the proportion of people reporting multiple sexual partners had increased, said Prof Shisana. "We are beginning to see a disturbing trend that should be a concern for all of us."
Almost a quarter (23.1%) of men aged between 15 and 49 said they had multiple sexual partners in 2012, up from 19.3% in 2008. Just more than 5% of women in the same age group said they had more than one sexual partner. That was up from 3.7% in 2008.
The survey found significant gender disparities, with women bearing the brunt of the epidemic.
HIV/AIDS prevalence for women aged between 15 and 49 was 23.2%, but just 14.5% for men of the same age. HIV/AIDS prevalence was eight times higher among teenage girls aged between 15 and 19, at 5.6%, than among boys in the same age cohort, where prevalence was just 0.7%.
Prof Shisana said women were more vulnerable to HIV/AIDS due to both their biology and societal pressures. Women are at increased risk of acquiring HIV during pregnancy, as their immune systems are suppressed at this time. (TAMAR KHAN/http:/www.bdlive.co.za).
Diposting oleh Admin [AIDS Watch Indonesia] di Rabu, April 02, 2014