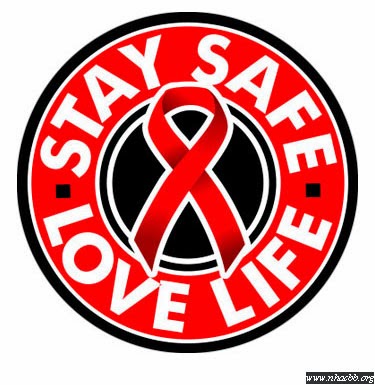 Uzbekistan, aidsindonesia.com (20 March 2014) - Samir, a shy 15-year-old, has come a long way. Living in Uzbekistan and diagnosed as HIV-positive around a year ago he thought at the time his life was over. He felt hopeless and depressed. Now, however, he is looking forward to a brighter future thanks to his involvement as a peer-to-peer trainer in an innovative project spearheaded by UNAIDS and UNICEF in Tashkent.
During the most recent project workshop Samir joined 22 other adolescents living with HIV in the Uzbek capital. They were there to learn more about how to provide peer-to-peer support for other adolescents living the same experience in their home regions.
The trainees learned more about HIV prevention, care and support services as well as the increasing availability of HIV treatment options and the related improvement in quality of life. Learning how to challenge stigma and discrimination, which are still very prevalent in Uzbek society was also on the agenda. Many people living with HIV still fear being rejected and so keep their status secret.
For Samir the programme has made all the difference and he is now much more confident and optimistic. “I’m proud of having two hands, two legs and a head and I’m grateful to be alive. The most important things are family, health and a job that you like,” said Samir who wants to work in a bank in the future.

This initiative provides an opportunity for adolescents diagnosed with HIV to not only effectively cope with their own status but to also become leaders in guiding other peers in effective integration into society and living a fulfilled life.
UNAIDS Country Director for Uzbekistan and Turkmenistan Lev Zohrabyan

The peer-to-peer educator initiative started two years ago and UNAIDS and UNICEF have already trained 37 young people and intend to have ongoing training for new HIV-positive adolescents as well as reinforcing the capacity of those already trained. According to UNAIDS Country Director for Uzbekistan and Turkmenistan Lev Zohrabyan, the programme is playing a crucial role. “This initiative provides an opportunity for adolescents diagnosed with HIV to not only effectively cope with their own status but to also become leaders in guiding other peers in effective integration into society and living a fulfilled life”.
For Robert Fuderich, UNICEF Representative in Uzbekistan, the programme provides a safe haven where young people whose lives have been impacted by HIV “have access to psycho-social support, medical and legal counseling and most importantly, to an environment free of stigma and discrimination.”
Although HIV prevalence in Uzbekistan is relatively low, with an estimated 0.1% of the adult population living with the virus, the country is in a region which continues to have the largest increase in newly registered HIV cases in the world. (UNAIDS).
Diposting oleh Admin [AIDS Watch Indonesia] di Senin, April 21, 2014